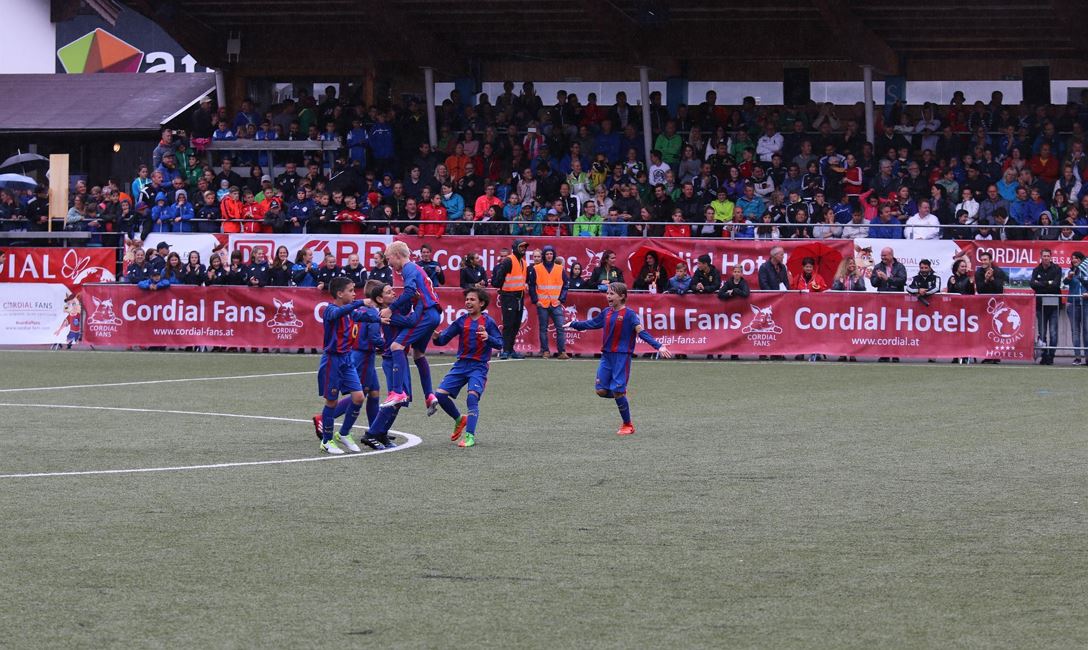 The International Cordial Cup has been a fixture in the event calendar of the Kitzbüheler Alpen in Tyrol for many years.

Since its establishment in 1998, the tournament has developed into one of the biggest soccer - youth - tournaments in Europe and for many teams, particularly in the upper echelons of the first divisions, it is a fixed date during Whitsun. European top clubs such as Bayern München, Borussia Dortmund or Bayer Leverkusen come and go in a continuous stream in the towns of the Kitzbüheler Alpen.

This year again, the girls will show off their ball skills at the "Cordial Girls Cup". Every year, more than 150 teams from around 15 countries vie for victory in the Cordial Cup.

Registration and information at info@hg-sport.de.