The Kitzbühel / Kirchberg ski area nestles between the Kitzbüheler Horn and the Hahnenkamm, and also the Pengelstein and Resterhöhe, between 800 and 2000 metres altitude. From the legendary 'Streif' ski run, to terrain which is ideal for beginners, the ski area around Kitzbühel provides 234km of very well-tended ski runs and 36km of ski routes. As well as variety-packed pistes, countless 'gmiatliche' (= cozy) ski lodges right at the ski runs tempt you in for some refreshments.

There is a very special service on offer for beginners and those getting back into the swing of things - in each town in the Kitzbühel ski area all the practice lifts in the valley can be used free of charge. The KitzSki Kitzbühel / Kirchberg ski area spans seven districts and two states (Tyrol + Salzburg).

The towns of Kitzbühel, Reith, Aurach, Jochberg, Pass Thurn-Mittersill, Hollersbach along with Kirchberg and Aschau in Spertental, are a part of this area.

Why are the Kitzbühel Alps so reliable for snow?

With the Kitzbühel Alps Super Ski Card you can 'interpret' the Skiwelt Wilder Kaiser - Brixental from the Kitzbühel ski area. Climb aboard the ski bus at Pengelstein I and 3-5 minutes later you'll be at the KI-West gondola, which takes you directely to the ski area from Westendorf.

Ski passes in the Kitzbüheler Alpen

The Kitzbühel ski area was chosen as "the best ski area in the world" - awarded by "skiresort.de" (the world largest test portal for ski areas). The ski region was particularly commended for: 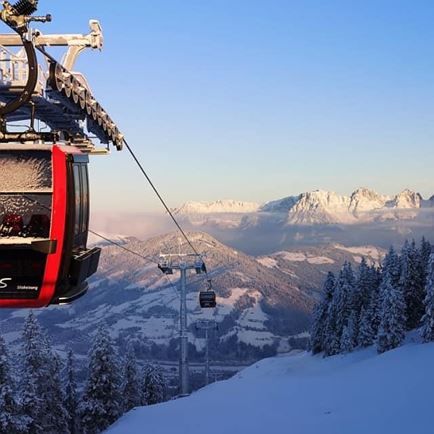