The Kitzbühel / Kirchberg ski area nestles between the Kitzbüheler Horn and the Hahnenkamm between 800 and 2000 metres altitude. From the legendary ‘Streif’, to ideal terrain for beginners, the wider Kitzbühel ski area provides 188 km of well-tended ski slopes and 41 km of ski routes. As well as variety-packed pistes, countless cosy ski lodges are right at the slopes too. A ski area which exudes class and top marks from numerous ski portals - "KitzSki is calling!"

For beginners and those getting back into the swing of things there is a very special service: in every town in the wider ski area of Kitzbühel all the practice lifts in the valley are available free of charge. Meanwhile, for night owls Sportberg Gaisberg in Kirchberg is tempting for some night-time skiing. There is a speedy toboggan run, which is easily accessible via the Gaisberg lift.

What makes the KitzSki ski area stand out?

The world's biggest test portal for ski areas (skiresort.de) has once again awarded top marks and named Kitzbühel the "World's best ski area" - for the 7th time in succession! In over a dozen assessment categories KitzSki achieved the highest marks, for instance:
- best range of pistes and piste preparation
- Snow assuredness
- Mountain restaurants & Alpine inns
- Top après-ski
- .... and, and, and

Skiing was invented, so to speak, in the Kitzbühel/Kirchberg ski area and ski racing has been held regularly since 1895. Every year the World Cup elite "plunge" down via the famous "Streif" during the best internationally renowned race in the Ski World Cup, the Hahnenkamm Race. Little ski munchkins are really enthused by the family-friendly pistes and Fun parks too. The unique blend of the traditional and the contemporary has an irresistible charm. 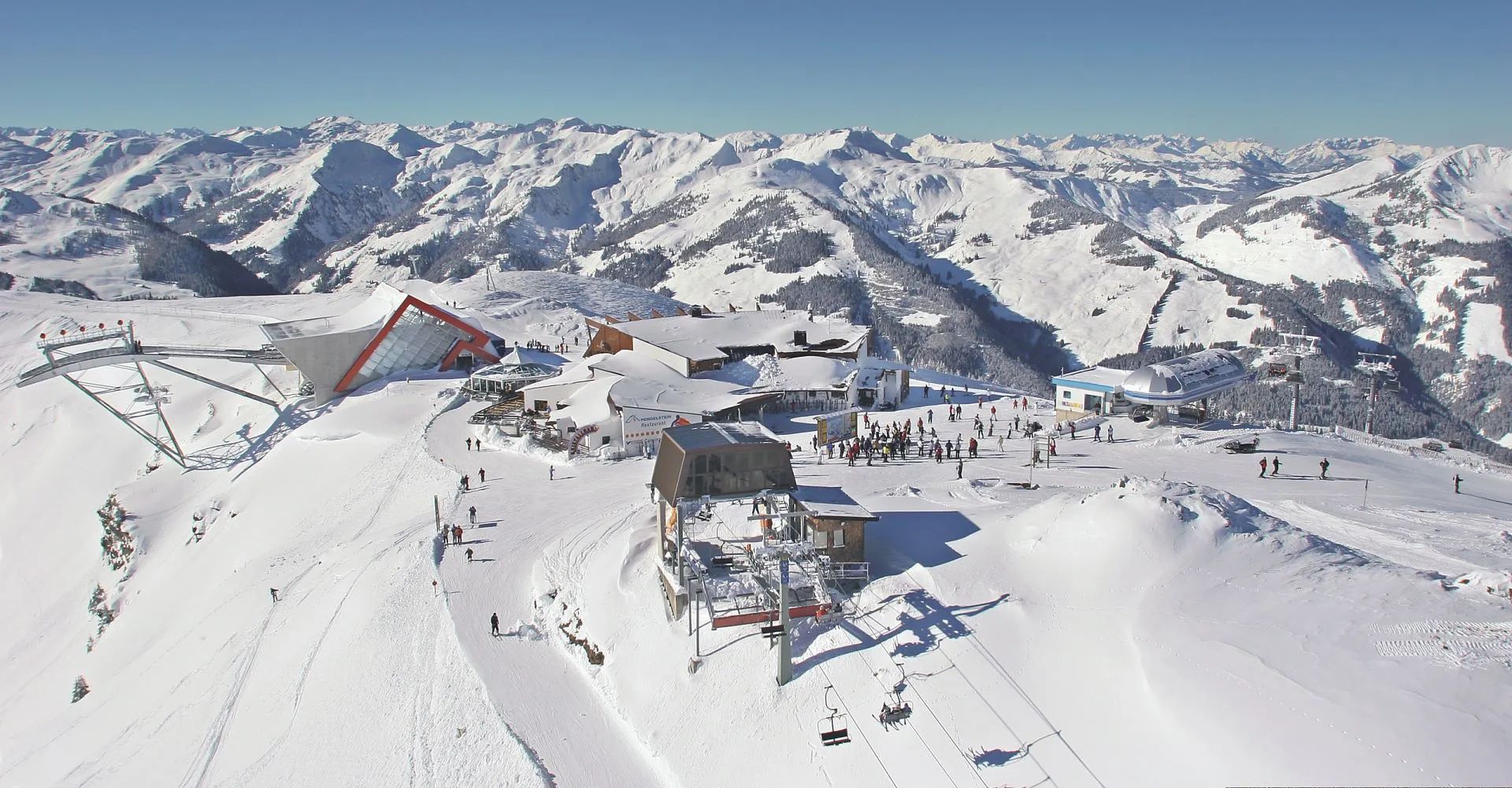 The Kitzbühel / Kirchberg ski area provides the perfect conditions for beginners, as well as those who are at more advanced level and pros too. Enjoy over 200 kilometres of well-tended pistes...