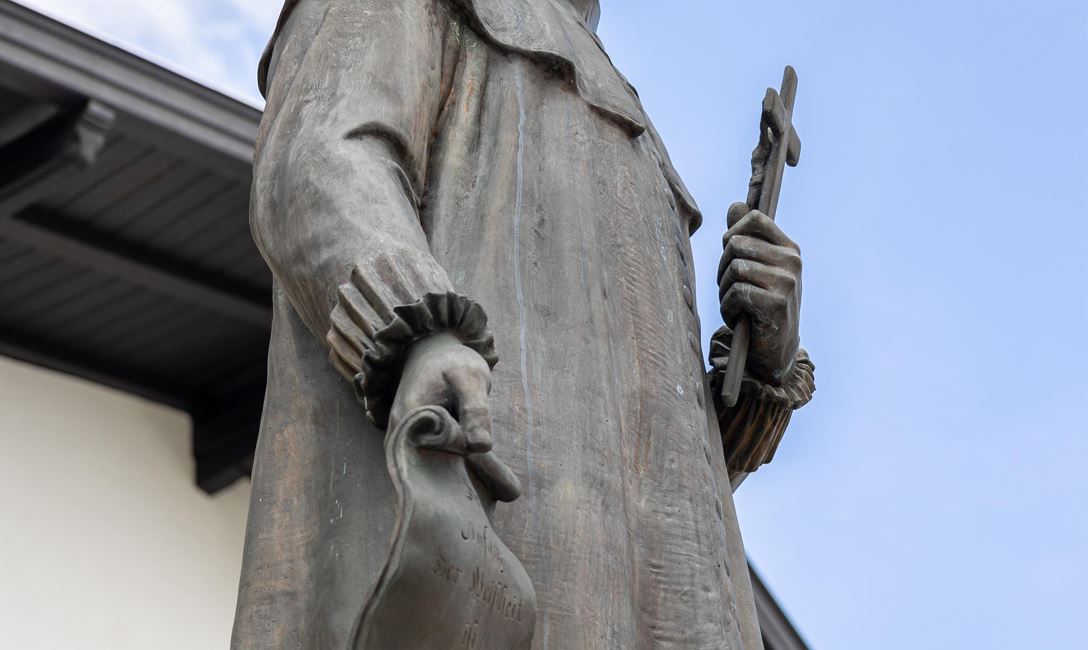 Statue of Dean Wieshofer on the Church Square: The dean saved St. Johann from Napoleon’s troops in 1809.

Matthias Wieshofer was pastor and dean of St. Johann in Tyrol from 1784 to 1819. In 1809, during the Tyrolean freedom fights against the Bavarian-French occupying forces, he saved the village from destruction by standing alone against the enemy soldiers. They wanted to shoot him immediately, but Wieshofer asked the French General Lefèbre in impeccable French to spare him and his parish, which he granted in admiration of the priest's courage.

In memory of Dean Wieshofer and in gratitude for saving the village, the community of St. Johann in Tyrol had the Dechant Wieshofer monument erected in front of the church in 1908.

Next to the monument, there are two memorial plaques on the vicarage wall commemorating the two freedom fighters and rifle captains Christian Blattl and Thomas Reischer.