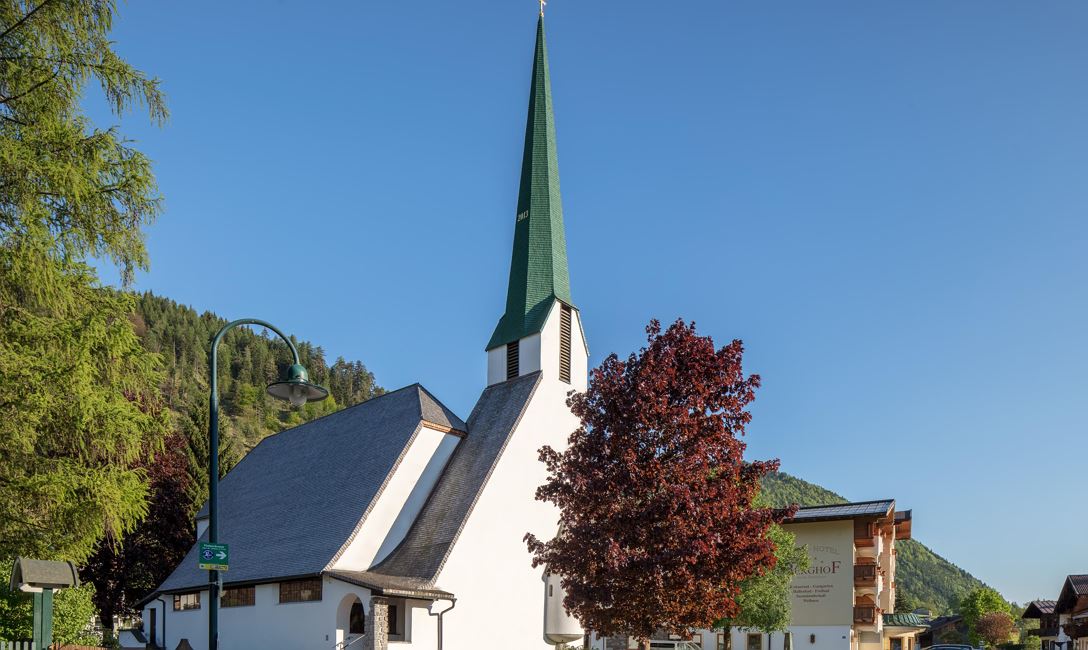 Efforts to build a church in Erpfendorf, which had been going on since 1914, were successful after the Second World War: The church dedicated to St. Barbara was built from 1954 to 1957 according to plans by Prof. Clemens Holzmeister.

The single-nave building with its low-pitched roof and tower blends harmoniously into the landscape.

The interior of the large hall is dominated by the group of crosses on the chancel arch, carved by Sepp Baumgartner from Schwaz in 1957. In the same year, Richard Kurt Fischer from Innsbruck created the apse mosaic on the theme of the apocalyptic lamb and the heavenly Jerusalem.

This was followed in 1975 by the mosaic of the church's patron on the rear wall.

The side altar, consisting of seven panels, depicts seven scenes from the Old Testament:
- Creation of the sea animals and birds
- Let there be light
- Creation of Eve
- Temptation of Adam and Eve by the serpent
- Expulsion from Paradise
- Creation of the stars
- God's spirit hovered over the water

The Stations of the Cross seem like icons in their dense compositions painted on a gold background. The altar with the wings of Mary shows the Madonna and Child flanked by angels, the birth of Mary on the left wing and Mary's meeting with Elizabeth on the right wing, and the Annunciation to Mary by the Archangel Gabriel on the outside of the two wings.