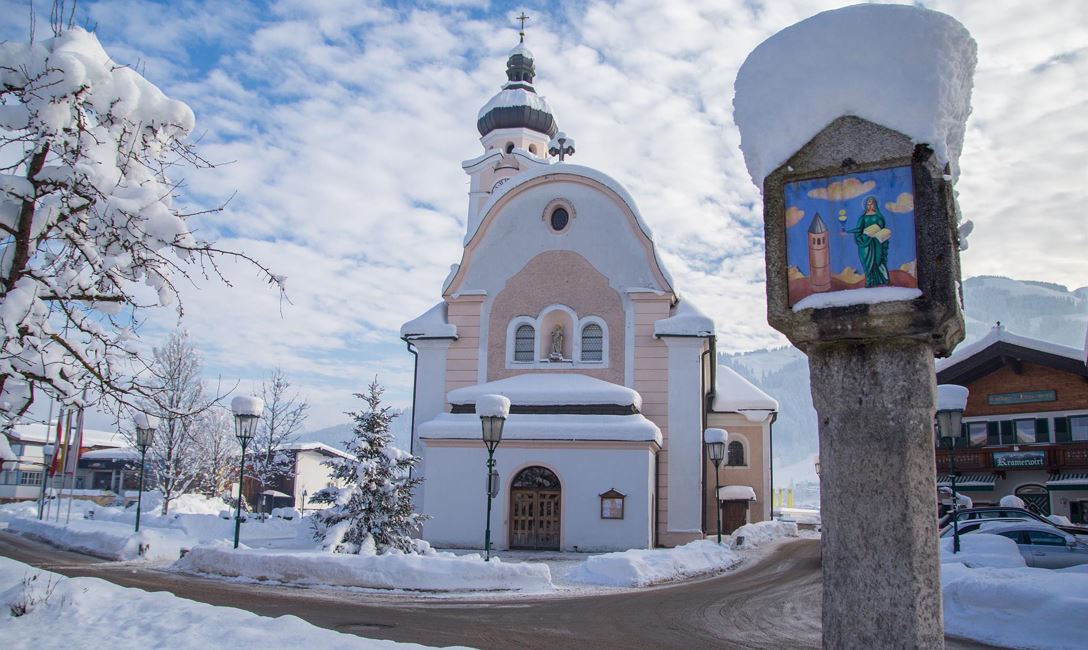 The "Stoana Mäschta" wayside shrine on the village square in Oberndorf is a special cultural monument.

The granite column was once a signpost in the Eberhartling district. The markings to Ellmau and Kitzbühel are still there as well as the year 1484. Later, the stone pillar stood about 300 metres north of the village square near the Foidlern farm. It is said that a large number of miners drowned here in a mining gallery below. Probably for reasons of economy, the signpost then became a memorial shrine.