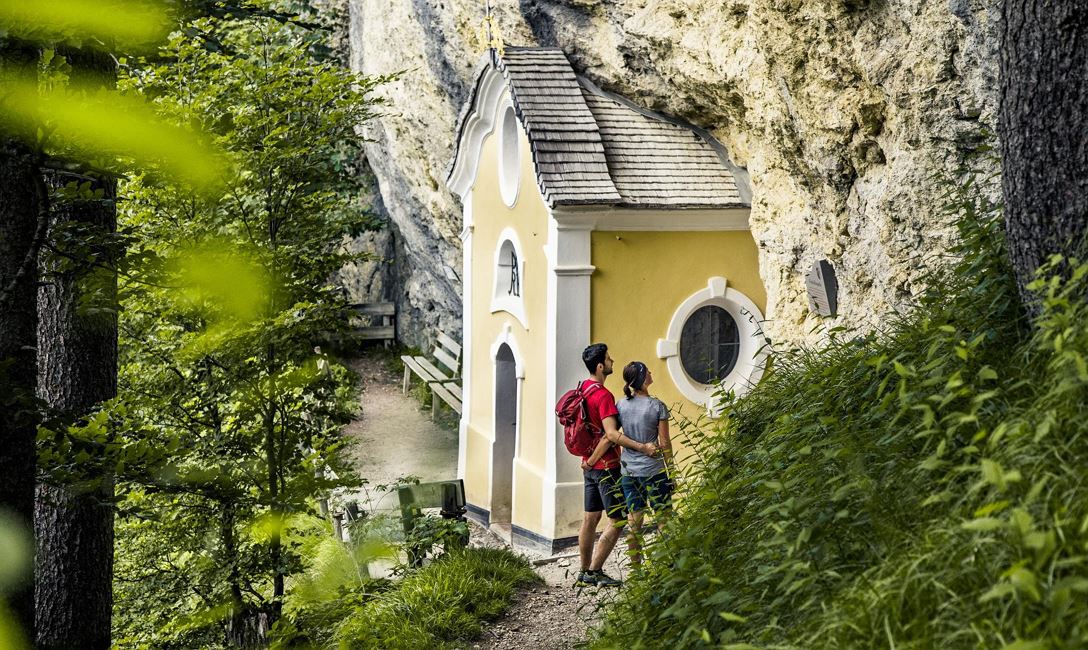 Above the hermitage, high above St. Johann in Tyrol, a small chapel adorns the rock face on the Niederkaiser. The baroque sacred building was erected in 1782. The dates 1623, 1719 and 1744, immortalised in the rock next to the chapel, indicate earlier buildings, which were probably made of wood. The interior of the Gmail Chapel is decorated with rococo stuccoes and renovated fresco medallions of Saints Anthony, Aloisius, Joseph and Francis and the Coronation of Mary. The altar area was cut into the rock, its centre adorned by a 20th century statue of the Virgin Mary. The name "Gmail" comes from the word painting. In former times, a painting of Mary Mother of God was placed here.

In the turmoil of war around 1809, when Bavarian and French soldiers moved in and set Kirchdorf on fire, part of the Kirchdorf and St. Johann population fled to the Gmail Chapel to place themselves under the protection of Our Lady of Gmail.

A little below the chapel in the direction of Kirchdorf is the Lourdes Grotto: a St. Johanner placed a statue of the Virgin Mary in a rock outcrop as a thank-you for his recovery after a pilgrimage to Lourdes.