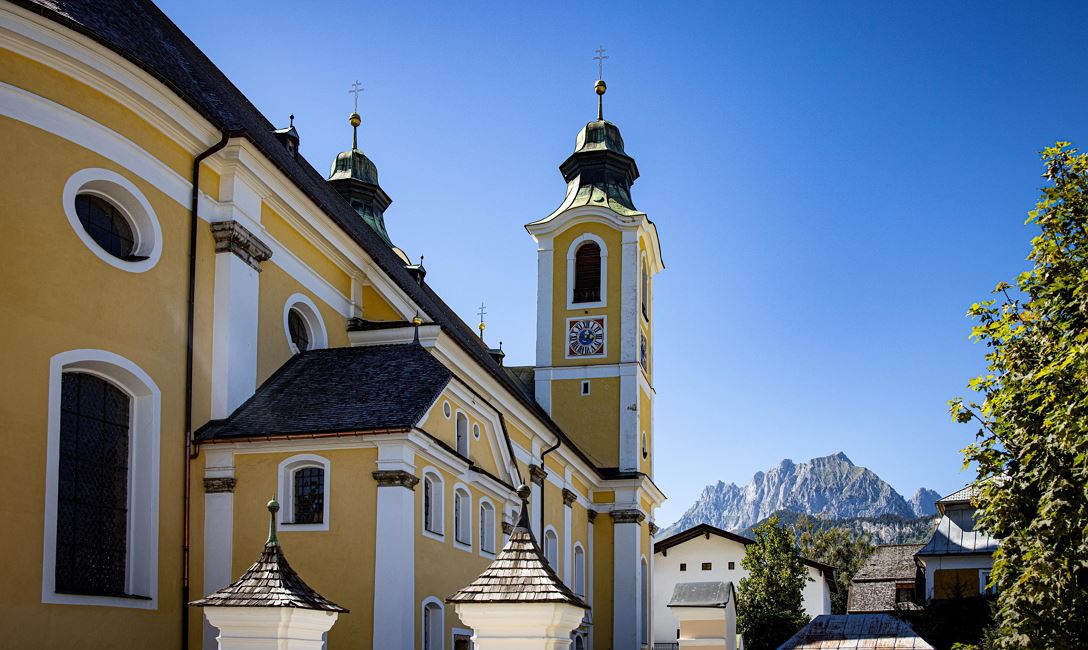 From 1723 to 1728, the deanery parish church Mariae Himmelfahrt was built by the Bavarian master builder Abraham Millauer in place of a Gothic church that had fallen into disrepair due to lightning and flooding.

With its uniform furnishings, it stands at the beginning of the High Baroque period in the Tyrolean lowlands.

The vault frescoes are an early work by the Kitzbühel painter Simon Benedikt Faistenberger, and are framed by rich stuccowork. The monumental high altar and pulpit were made by Anton Gigl in stucco marble. All the altarpieces are by the court painter of the Salzburg archbishops, Jacob Zanussi. The high altarpiece shows the Assumption of Mary and the two patrons of the village, John the Baptist and John the Evangelist. The side altars depict St Francis and St John Nepomuk, the two mine patrons Barbara and Daniel, and St Dominic with the rosary.

On the right side altar is a splendid gothic statue of a Madonna enthroned dating from approximate 1450.

The four bells in the south tower were cast in 1948, while the large bell in the north tower dates from the Baroque period (1777).