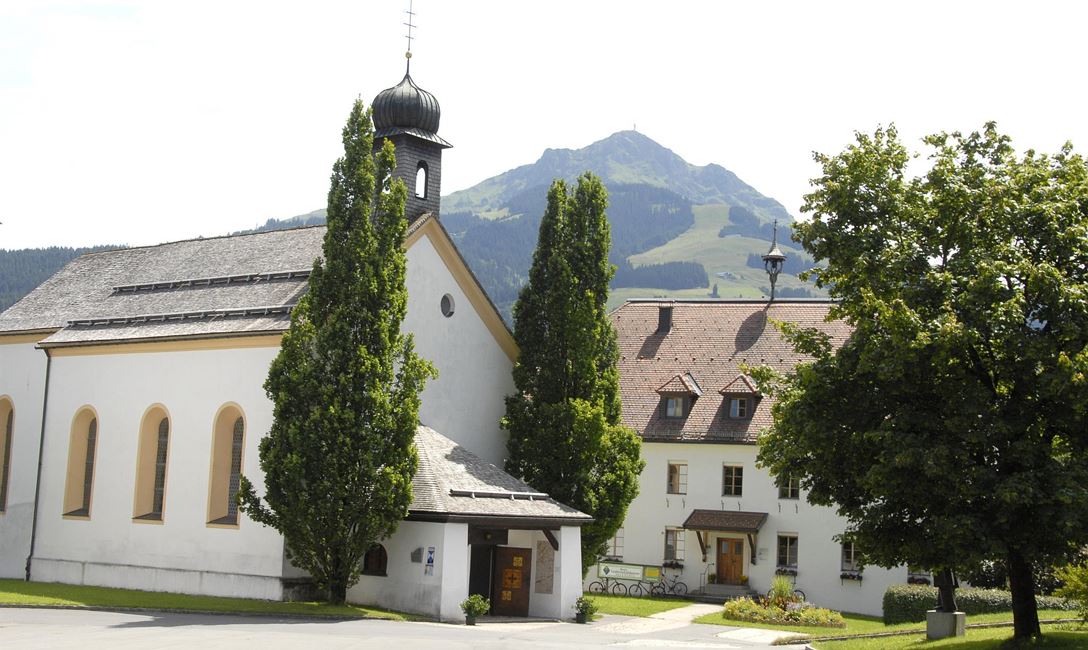 The former hospital church of St. Nicholas in Weitau was donated by the Knights of Velben in 1262. From its foundation until the 20th century, a hospice for pilgrims and travellers was associated with this church. The church contains the oldest bell in Tyrol from 1262, as well as Tyrol’s only remaining gothic stained glass window from late 15th century.

During the baroqueisation of the Gothic church in 1744/45, the Kitzbühel painter Simon Benedikt Faistenbeger created the vault frescoes, while the wall frescoes are by the imperial court painter Josef Adam Mölk. The rococo muccatures are the work of the Wessobrunn master Johann Georg Üblher.