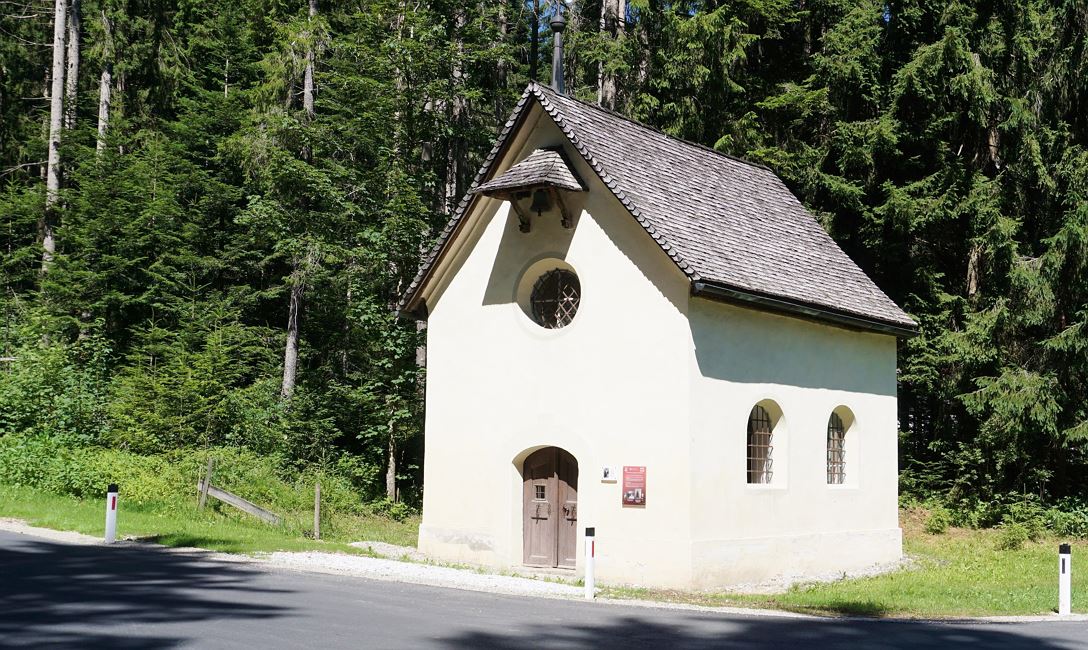 Built in 1732 with stucco work by Jakob Singer and frescoes by Simon Benedikt Faistenberger. The also called Rerobichl Chapel is dedicated to St. John Nepomuk and reminds of the times of the former flourishing mining.

A thorough renovation was carried out in 1959 by the then owners family Kloiber. In 1993, a restoration of the exterior facade was made by the Oberndorf Rifle Company.

In 1964 the famous composer and conductor Herbert van Karajan and his wife Eliette married here on the quiet.