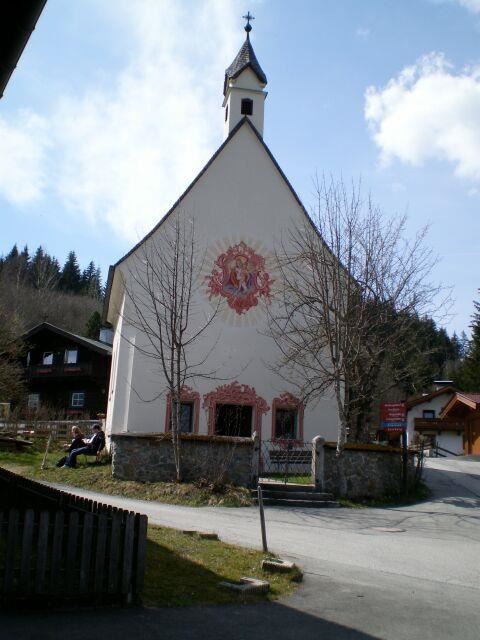 The legend tells the following about the origin of the pilgrimage church on the Kirchanger:
A very lifelong Kirchberg innkeeper, the very Hienersbichler, who built the first chapel on the Kirchanger, had an awful experience at the Kirchanger one evening. He encountered a white devil in human form. The devil made the host, who was frightened to death, at the same time, because of the change in his life, fell upon him, and wanted to take the surprised man to hell. The desperate man, though despairing, soon felt the need to leave him. In his distress he vowed to improve himself, and to build a chapel to the mother of God, if he came safely. The innkeeper, who was already lying on the ground, suddenly felt enormous forces. He could finally defeat the devil, who drove to hell with noise and stench.
The repentant landed a small chapel in honor of the Mother of God. In memory of his struggle with evil, he had a wooden, white devil installed in the church.