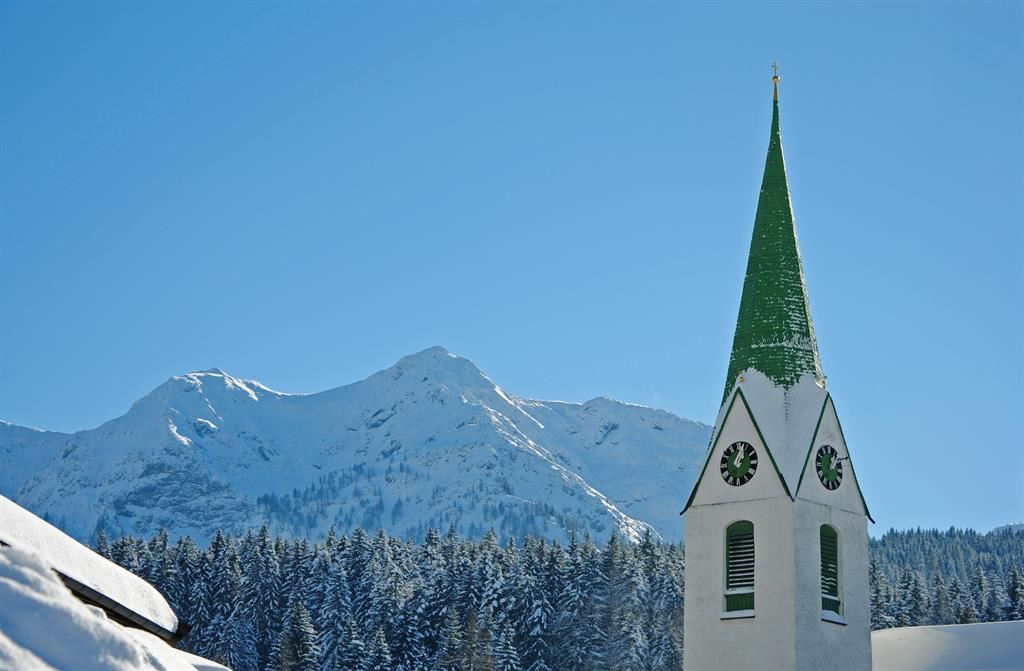 It was in the year 1682, when the inhabitants of Hochfilzen built a chapel for the "Holy mother of Loretto" - until that year they had to walk to St.Adolari (and later to St.Jakob or St.Ulrich) to celebrate the holy mass. This chapel has been extended, and the new built church has been baptized on 28th august 1746. Almost 145 years later, on 1st july 1891 the church has been consecrated to the parish church "Maria Schnee". Between 1922 and 1929, the church has been renovated (church-bells, The former baroque-styled building has been renewed once more in 1960-65 and again in 1973.