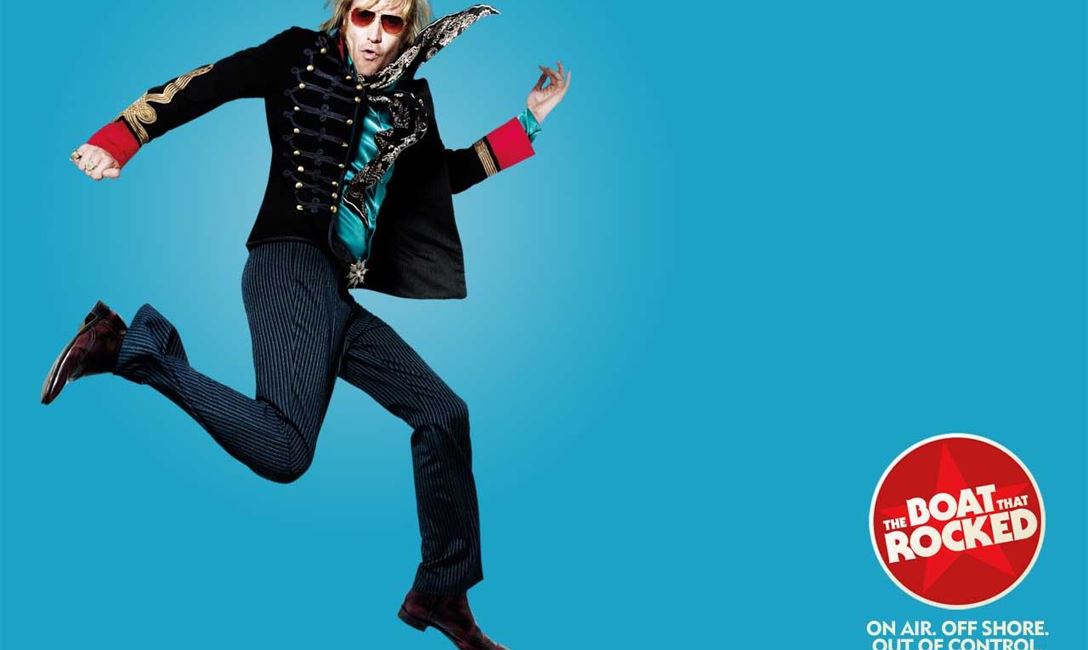 The Boat That Rocked is a 2009 British comedy film.

The year is 1966, the era of British Rock and Roll. Despite the music’s popularity among the British people, the British government has enacted legislation restricting the BBC or any other broadcaster on British soil to playing rock music for a maximum of one hour per day in favoring classical music.
The film tells the story of the fictional pirate radio station “Radio Rock” and its crew of eclectic disc jockeys, who broadcast rock and pop music to the United Kingdom from a ship anchored in the North Sea while the British government tries to shut them down.