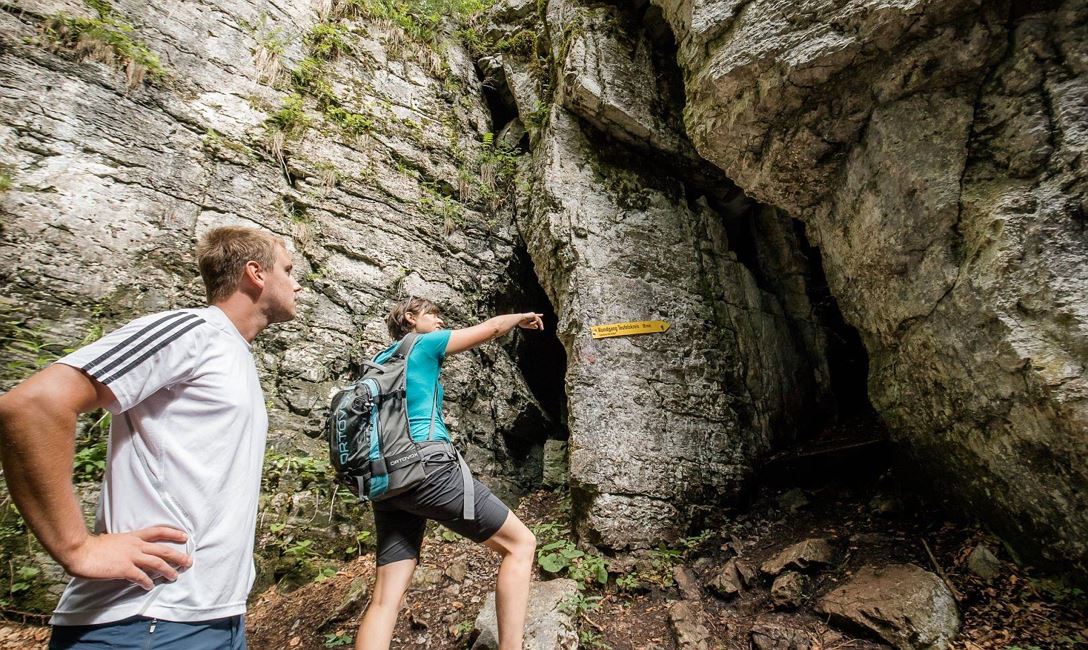 You get to hike in the tracks of the devil in Teufelsgasse (Devil’s Lane). As a hiking destination it is genuine insider tip, one which sets the adventurous hearts of children and adults alike racing. This legendary gorge at the Leerberg in Kirchdorf in Tirol casts a spell over everyone. The car park for the hike (parking fee 3 euro) is located in the town of Hinterberg near Gasteig in Kirchdorf and is conveniently accessible by car. From here, head for Teufelsgasse.

At the start of the hike there is a climb of around 40 minutes via a forest road. This then proceeds via a short dirt track to the rocky gorge on the plateau of the Leerberg. But what has it to do with the devil?

Legend has it that the devil himself beat a labyrinth into the rock, to make it look like a road, to lead sinners and their souls astray. Many of his poor victims carved their names into the soft rock faces in desperation, letting those they had left behind and friends know about their fate. It is said that attentive hikers can still sense these lost souls in Teufelsgasse and on occasion their lamentations and cries can still be heard.