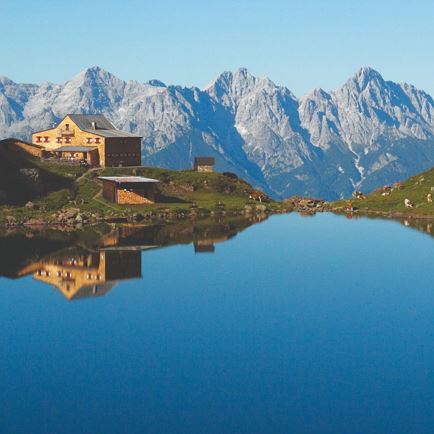 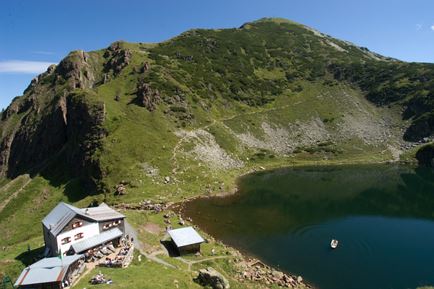 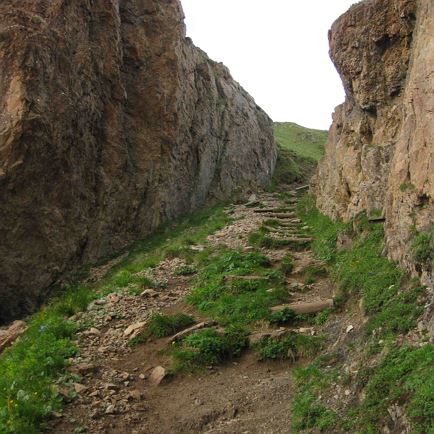 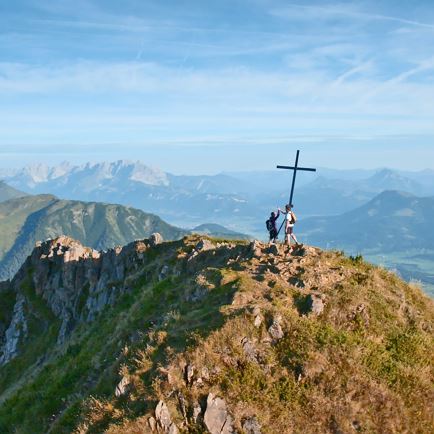 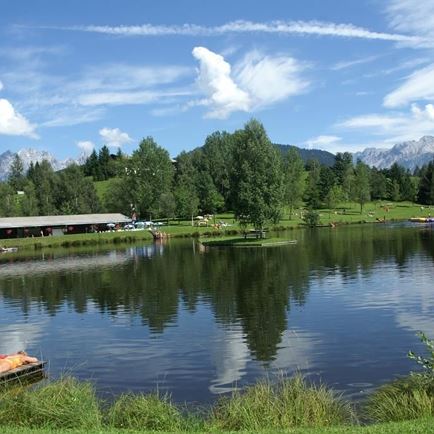 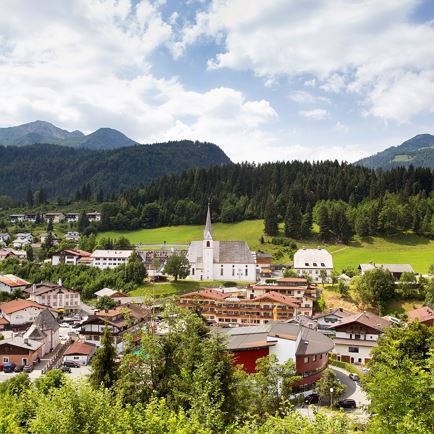 The third stage of the "WaiWi" starts up here at the lake Wildseelodersee! Energized by a delicious mountain breakfast the day starts with the steep climb up to the right of the alpine hut to the Wildseeloder summit, or “Loder” as the locals call it. Leaving the lake behind, you walk through a rock gate which will open a whole new view over the mountains. Walk along the ridge and reach the peak from the south side. The ultimate goal of the tour is reached! From Waidring to the Wildseeloder whos peak is 2.118 m above sea level and whos summit-cross is made of the last “Pillersee-Stahl” (steel). In the middle of the Kitzbühler Alps the views are unlimited! It’s now time to pause and to look back on the WaiWi with all its highlights before starting the last part of this amazing route – the path down to Fieberbrunn!

Via Seenieder and the Wildalm the path takes you down to the valley. A stop at the Wildalpgatterl (restaurant) pays off in any case. Artistry meets tradition and coziness. Bread is made in the stone oven, the meat is from the neighbouring farmers and berries and herbs from the garden.
The descent runs further along the forest road down to the middle station of the Bergbahnen Fieberbrunn. Just behind the Streuböden Alm the path extends to an adventure playground for adults and children in the nature. Timoks Alm with its adventure path, an alpine coaster and a low rope garden are part of it. On the right side of the alpine coaster the road continues towards the storage pond and down the left towards “Brent” and the Lauchsee. The first direct route downhill merges into an asphalt road. Here above the bathing lake Lauchsee you look towards the Pletzergraben. In the 16th century mining was flourishing in Fieberbrunn. In summer and winter the miners took the long and dangerous way and extracted the well known Pillerseetal steel. The St. Daniel chapel can be seen at the end of the valley on a hill. 1975 the chapel was rebuilt in honour of the miners.
The last 2.5 km of the WaiWi are ahead of you. Past the bathing lake Lauchsee and reach the town centre of Fieberbrunn after some bends. On the way to the village square you discover two cultural sculptures. One is Margarethe Maultasch, a duchess – she was sick with a fever and was cured by the water of the village fountain. This fountain became the namesake of Fieberbrunn (Fieber = fever, brunn = fountain). The other one shows a miner.
WaiWi ends on the square infront of the community centre. The peak of the Wildseeloder looks down on you and the WaiWi is done! Time to review the impressions on the 3 day hike through the PillerseeTal.

Circular Hiking Route to the Schrandlhof