Compact Stage 4: From Kitzbühel to St. Johann in Tyrol

Summit climb - grandiose experiences of nature on the Kitzbühel Horn

Now fitness and stamina are required - but don't worry, on this tour from the "Kitzbühel Horn" to St. Johann and its grandiose summits, it's possible to make a few shortcuts with the help of the cable cars. Fantastic views, an Alpine flower garden, a waterfall and a spectacular descent from the "Horn" to the "Harschbichl" are what make Stage 5 of the KAT Walk such a special experience!

Characteristics of the trail 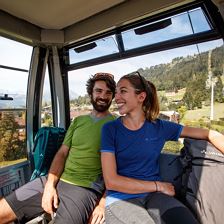 A physically demanding stage … over the well-known Kitzbüheler Horn to St. Johann in Tirol, which can however be shortened with the help of several cable cars. Views spanning all directions, a...

Detailed description of the trail

Note!!! With the use of the “Kitzbühel Hornbahn” cable car, it is possible to shorten various sections of this tour.

From Kitzbühel train station, walk approximately 500m parallel to the train tracks, in a southerly direction as far as the railway crossing, turning left up towards the “Hornbahn” cable car. Continue on the access road in the direction of “Hagstein”. At the hamlet of “Going” branch off onto a steep dirt track in the direction of “Adlerhütte, Alpenhaus”.

The route runs consistently through the forest in several uphill serpentine bends. Further on you pass some forest clearings, arriving shortly at the “Adlerhütte” (1¼ hrs from Kitzbühel) and the nearby Hornbahn’s middle station. Continue on the uphill track behind the “Adlerhütte” which soon bypasses a forest trail.

From here on, orientate yourselves on the signs for the “Kitzbühel Horn”. The trail soon crosses over a ski piste, taking the route slightly uphill below the “Wilden Hags”, over to the hilly grazing pastures of the “Trattalm”. Now, with the summit in sight infront of you, walk along the access road to the “Alpenhaus” ((1¼ hrs from the “Adlerhütte; cable car station section 2).

Continue behind it on the access road to the “Kitzbühel Horn” as far as the entrance to the “Alpenblumengarten”. Pass through it and hike upwards to the “Horngipfelhaus” (“Horn” summit house – 50 mins from the “Alpenhaus”) and to the transmission tower at the top.

On the descent along the same route, walk as far as the turnoff for St. Johann next to the distinctive viewing cross at approx. 1,900 m above sea level. At this point a very good rope-secured steep descending trail branches off. This is a spectacular section of the trail on the North-West side of the “Kitzbühel Horn”!

Further down the terrain becomes flatter and just below the “Harschbichlalm” you arrive back on a road. Now you can either walk a short stretch up to the pastures to the cable car station (approx. 1hr from the “Kitzbühel Horn”) or continue downhill in the direction of St. Johann.

Shortly after passing under the cable car, branch off to the right along the forest path in the direction of “Kröpfalm” (NOT straight ahead to St. Johann). Then take several downhill bends, still in the direction of “Kröpfalm” (later on follow the signs for “Wanderweg” – hiking path). After a few bends, you pass the uninhabited farm and slightly below, follow the signs for the “Eifersbach” waterfall.

Here a path branches off and leads into a ditch and a stream. The widening path runs at first along the ground, then off to the left. Look out for the diversion to the “Eifersbach” waterfall – a somewhat steeper path (partially with steps and a handrail) leads directly to the waterfall.

Follow the trail out of the valley, at the start over small bridges and walkways, the last few metres of which are on a forest path to the “Theresienbrunnen” (“Theresia’s Fountain”) and to the road between St. Johann and Fieberbrunn (approx. 3 hrs from the “Kitzbühel Horn”).

The highlights of the day's stage

The stage with the spectacular viewing point! At the top, there is a 360° view of the surrounding mountains: Bavarian Alps, Lofer and Leogang Steinberg mountains, Hohe Tauern (Großglockner and Großvenediger), Zillertal and Stubai Alps, Karwendel and in clear weather as far as the Zugspitz, the Rofan and Sonnwend mountains and finally with the Wilder Kaiser is the circle complete. Of course there's an impressive view of Kitzbühel and the "Schwarzsee" (lake), of St.Johann in Tyrol and of the Brixental Valley. On our descent there are continuous spectacular views of the "Kitzbühel Horn's" summit.

On this stage there are more mountain lodges and restaurants enroute for your refreshments. Fantastic views can be seen in most cases!

Alpenhaus on the Kitzbühel Horn

At the "Alpenhaus" on the Kitzbühel Horn it is not only refreshments and fortifying meals that await you, but also a magnificent panorama! 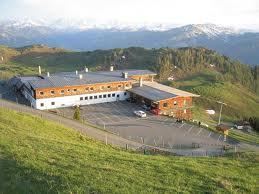 There are no refreshment possibilities on the descent from the "Kitzbühel Horn" to St. Johann. However the mountain lodge "Harschbichlalm" which can be seen in the distance is situated close to the route at the cable car's mountain station which travels to St. Johann. 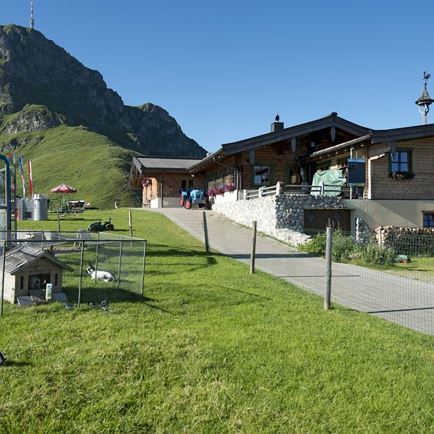 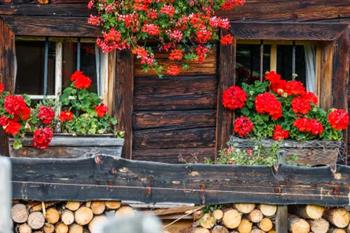 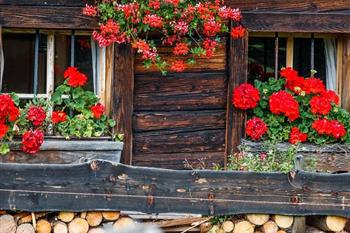 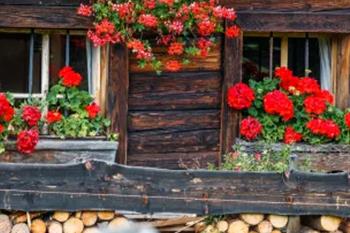 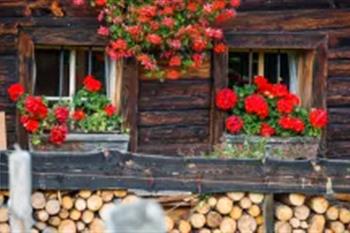 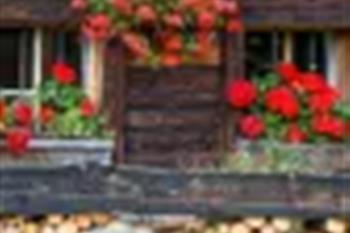 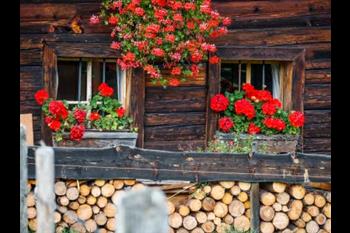