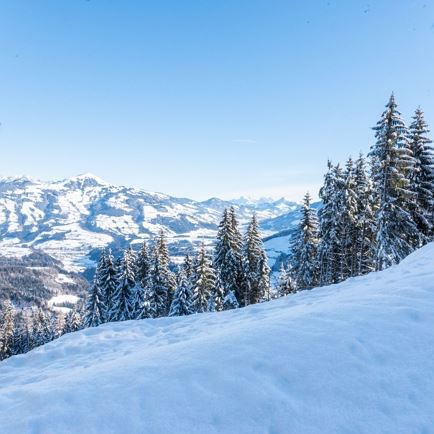 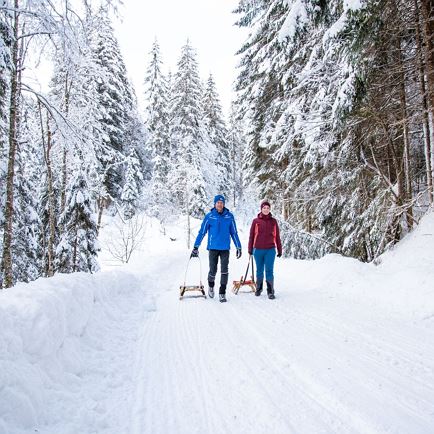 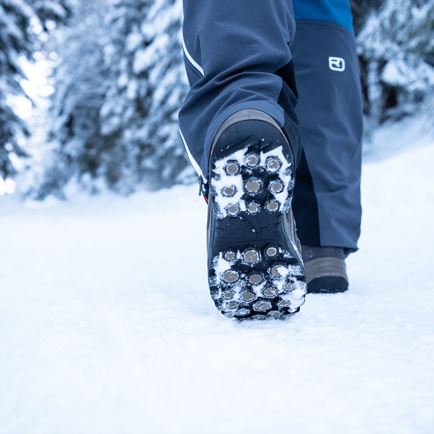 The starting point of this beautiful winter hike is the car park of the Haagalm toboggan run in Innerpenningberg. From there you hike on the snow-covered path first through a section of forest. Curve after curve, the path goes uphill until the area clears and the first alpine hut appears. After this rustic but unmanaged hut, the trail continues upwards again partly through the forest. Shortly before you can see the stables of the Haagalpe, you reach the open alpine pasture area, which offers a stunning view of the snow-covered Hohe Salve and the ski area of the SkiWelt Wilder Kaiser - Brixental. After passing the stables, the snow-covered path leads only a few metres uphill to the mountain inn Alpengasthof Haagalm.
Once you have reached the top, the cosy mountain inn will tempt you with Tyrolean delicacies and warming drinks, which you have definitely earned after the almost three-and-a-half-kilometre climb. Return to the starting point along the same path. Those who like it fast should not forget their toboggans on the ascent. A descent down the excellently prepared toboggan run promises lots of fun and action.

Snow Shoe Hike to the Kandleralm