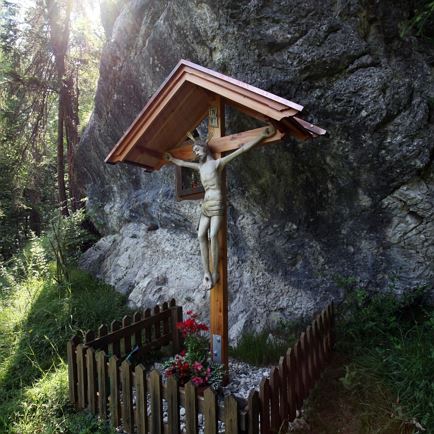 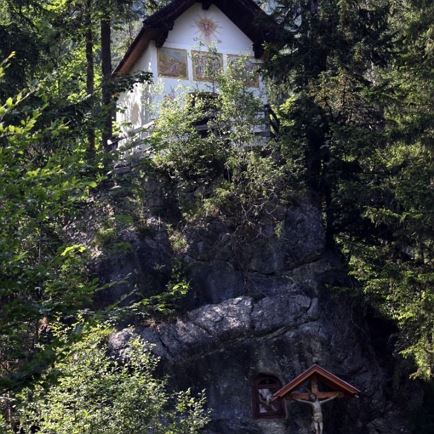 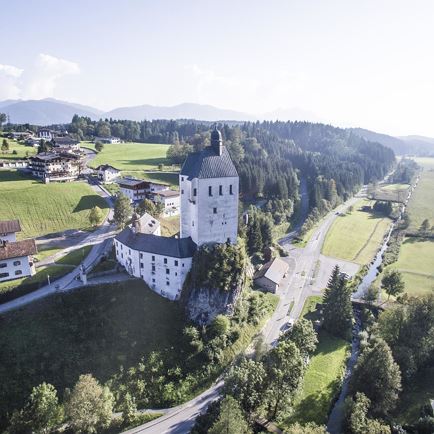 The starting point of the chapel walk is the Steinkapelle chapel in Angerberg, in the district of Embach. The beautiful chapel was built on a boulder in 1756 and can be reached via a narrow stone staircase. With the gable roof, the three-sided choir and oval windows, the building is a truly special sight. The oldest chapel in the municipality of Angerberg also reminds a little of its big sister, the Mariastein Pilgrimage Church, which is the destination of this chapel walk.
From the Steinkapelle it goes east over a narrow forest path in the direction of Rading, the start of a hiking tour to Buchacker, the local mountain in Angerberg. Here, the route leads tot he asphalted local road. After a while you reach the chapel Gatterer Kapelle, which was built in 1931 and renovated in 1974.
After another 15-minute walk, you will reach Wartlstein Chapel. This has been around since 1870. In 1935 it was rebuilt due to deterioration. Continue on the old local road to Mariastein, to the pilgrimage church. After climbing the 150 steps to the Gnadenkapelle (Chapel of Mercy) in the church tower (built around 1360), you will be rewarded with the sight of the famous Gothic Madonna portrait, which has been inspiring pilgrims to come to "Maria am Stein" from near and far since the late Middle Ages.

You can return to the starting point via the same route

Around the bathing lake:

Stations of the Cross to the Brixenbachalm

Panoramic circular route on the Hahnenkamm