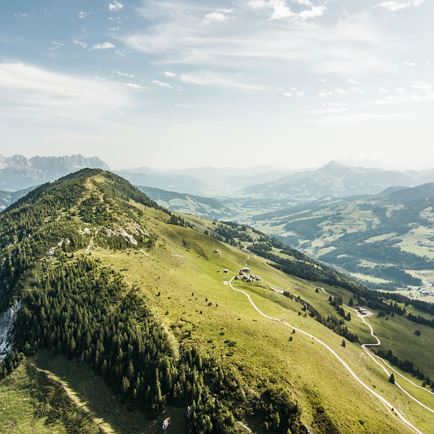 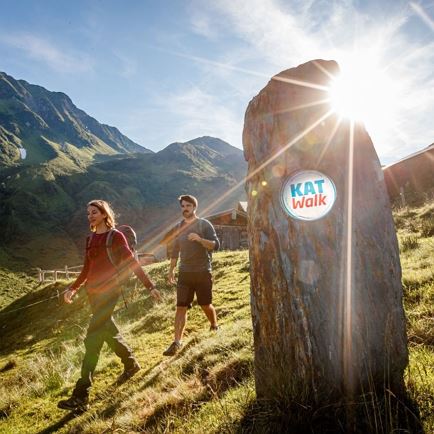 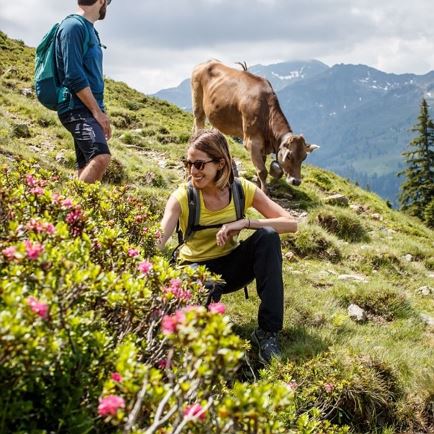 Even the ascent to Brixenbachalm along an artistically arranged crossroads is the first high point of the day. Through open forest and alpine terrain you reach Wiegalm, nestled picturesquely in a mountain saddle. From there it is just a short climb to the long drawn-out mountain ridge of Gaisberg. The geological make-up of the topmost area on Gaisberg also varies in terms of landscape and vegetation: limestone, karst formations and mountain pine growth dominate. The summit also provides a wonderful 360° panoramic view. The descent through a lovely area of mixed woodland can be shortened at the end by taking the chairlift.

From the centre of the village on Dorfstraße proceed east to Reitlwirt. A trail leads to the right here towards the train station and beneath the rail tracks. On the other side there is a short section to the right through the Achenweg trail and right after this, continue left on the road next to Brixenbach. (Always keep to the signposts to Brixenbachalm and Wiegalm). The hike from here is around one and a half kilometres, with a moderate amount of climbing, up to the road on the right which leads to Brixenbach. At this point do not cross the bridge, but continue on the hiking trail (crossroads, Brixenbachalm).

The well-designed trail now leads through Alpine terrain, slightly climbing into the valley. Pass the stations at the crossroads. A little bit above the Alpine pasture you come to a forest trail. Hike on this for a short while down to Brixenbachalm (1,075 m; 1 hour 15 mins from Brixen). Just a few metres before this, a steep trail branches off to the left to Wiegalm. The route heads upwards somewhat more steeply now through Alpine terrain, later leading into open forest area. A few hundred metres before Wiegalm, you once again come to a forest trail leading up to the Alpine pasture (1,513 m; 1 hour 15 mins from Brixenbachalm). Right behind the Alpine pasture, the steep path to the left branches off to the Gaisberg.

Alternative route: At this point as an alternative, and without climbing the Gaisberg, you can continue straight ahead via Harlaßangeralm/Kobinger Hütte and Bärstättalm back to the main route. Keep to the signposts for Harlassanger, Kobinger Hütte and Bärstättalm. The route runs up and down slightly to Harlassangeralm, which soon comes in to view, and to Kobinger Hütte, which is directly opposite. A wide path then runs through Alpine terrain going downhill slightly to Bärstättalm. Keep along the route to the Gaisberg lift.

Or hike for a short section uphill from Wiegalm through the Alpine landscape, reaching terrain with mountain pines. The trail now continues along the ridge of the Gaisberg up to the highest point at 1,770 metres altitude (45 mins from Wiegalm). In the topmost area, the route slightly runs up and down. Beneath the summit – which is not very distinctive – the route, which is partly eroded by rainfall, runs somewhat steeper, until the junction for Bärstättalm. Continue to the Gaisberg lift. The steep path soon leads into a lovely area of mixed woodland, in several serpentines past the avalanche barriers to a forest trail just above the Gaisberg lift.

Toboggan Run on the Gaisberg